Most dieters regain lost weight within three to five years. A possible reason is that they often resume their old eating habits or turn to fad diets that are unsustainable in the long run. Leaning out isn’t all about calories — it requires lasting lifestyle changes and sensible eating.

If you want to hit your training and physique goals, you need to fuel your body with the right foods. And while junk food may be tempting, it won’t do you any favors while you’re trying to get beach-ready. Some unhealthy foods are no-brainers, such as sugary sodas and chocolate bars, but there are plenty of “healthy” options that aren’t actually waistline-friendly.

It comes down to moderation. In general, you’re looking to limit the things that produce the fat-storage hormone insulin in the body. Throughout the day you don’t want big peaks and drops in insulin levels, you want those levels to remain relatively steady.

Whether it’s scaling back insulin-spiking foods or cutting down on the things that slow metabolism if you’re munching or sipping on large quantities of these items too often, you could be inadvertently hindering progress. 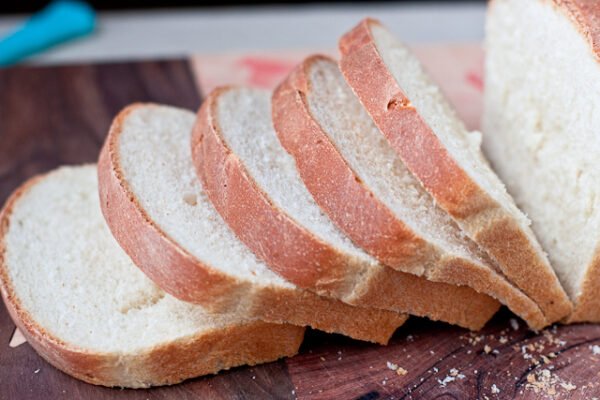 White bread is high on the Glycemic Index (GI), a system that ranks food based on its effect on blood-sugar levels. Foods with high GI have a greater impact on blood glucose levels. Does that mean since white bread has a high GI you’ll want to reach for the nearest brown bread? (Hint: No.)

Many companies take cheap white bread and stain it with caramel colors—the same thing used to make Diet Coke brown. It’s the same with white rice; the germ layer has been stripped from it. No germ layer equals no fiber equals an insulin increase. Whole grain is always better.

Reassure yourself you’re getting the healthiest option by checking labels. Companies often trick consumers by labeling bread “grain,” or “healthy-grain” on the package.

If the first ingredient doesn’t say ‘whole-grain flour’ it’s a red flag. Ingredients are labeled highest to lowest in terms of concentration, so if it says white flour and caramel coloring as the first and second ingredient…that should tell you that you’re probably buying white bread that’s been dyed to look like whole-wheat bread.

Related article: Learn How To Eat Smart With Fiber, Carbs & Protein In Your Diet 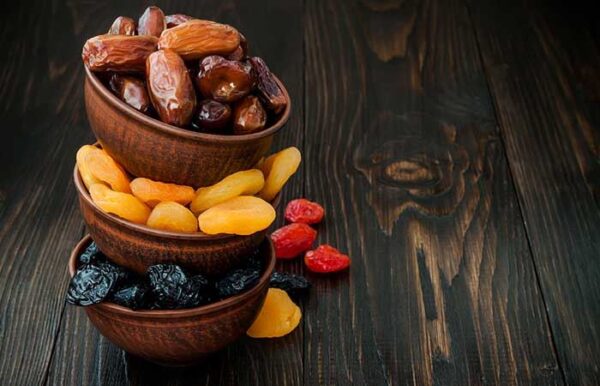 Fresh fruit contains vitamins and minerals, and it’s high in both soluble and insoluble fiber. Dried or dehydrated fruit can contain added sugar and sulfur to extend its shelf life. What’s more, the removal of water from the fruit can lead to overeating.

When you eat a fresh apricot, apple, or peach you might be full after eating one with something like come cottage cheese. But with dried fruit you can eat the whole box and consume thousands of calories and not feel it because the water has been removed.

Also, the GI Index for dried fruit is higher than fresh food because changing the physical structure of food—with the exception of water—changes how your body digests the fruit. 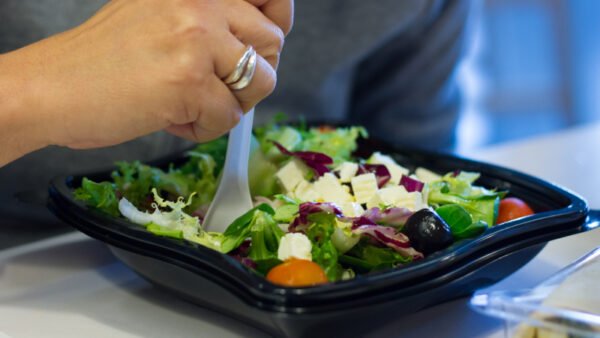 Store-bought salads can quickly turn a healthy meal into a fat bomb when the add-ons and dressing are applied to the greens. “Check out how many calories are in the salad,” she suggests. “And then look at the calories with the dressing that’s provided. Sometimes it’s nearly double!”

Other salad fixings like bacon bits, cheese, croutons, dried fruits and nuts can also cause the calorie count to skyrocket if they’re not used in moderation.

An easy three-step remedy could be to purchase pre-washed bagged salad and something similar to Trader Joe’s Healthy 8 Veggie Mix (which contains—you guessed it, eight different types of veggies). Then add two tablespoons of oil and vinegar or another light dressing, and you’re set.

Related article: 3 Drinks You Should Include In Your Diet To Help Weight Loss 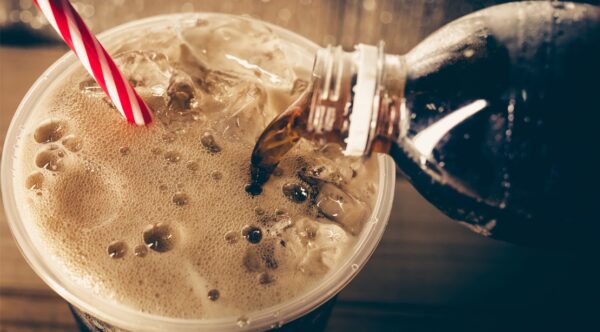 Food labels with buzzwords like “antioxidant-rich” or “gluten-free” led consumers to believe they were eating foods that were healthier than they really were. So while it says “diet” on the soda label, the artificial sweetener used to boost the taste isn’t better for your diet than the sugar it replaced.

Aside from the fact that some are dangerous and have been proven to cause cancer in lab rats, artificial sweeteners are 100 times sweeter than naturally occurring sugars like fructose and sucrose.

Because they’re so sweet the body starts producing insulin. Having a little piece of sugar won’t do much damage to someone if they’re generally fit and eat well. But the fake sugar can cause your body to overproduce insulin.

Related article: 9 Healthy Foods To Include In Your Diet To Eliminate Abdominal Fat 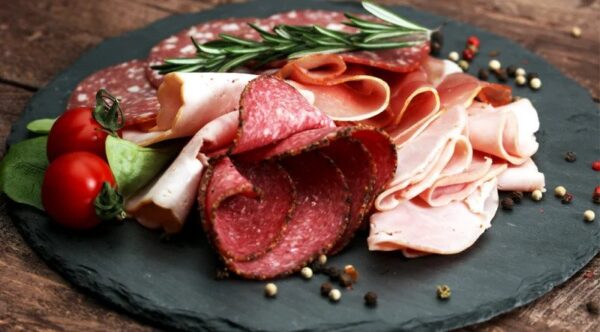 Foods that are refined or pumped full of saturated fat or sodium should be limited to cameos. Processed foods are what trainers and nutritionists refer to as ‘empty calories.

Serious lifters put their bodies through a lot, and they need foods that can help repair and replace many of the nutrients lost during a workout. Processed foods provide no nutrient value. 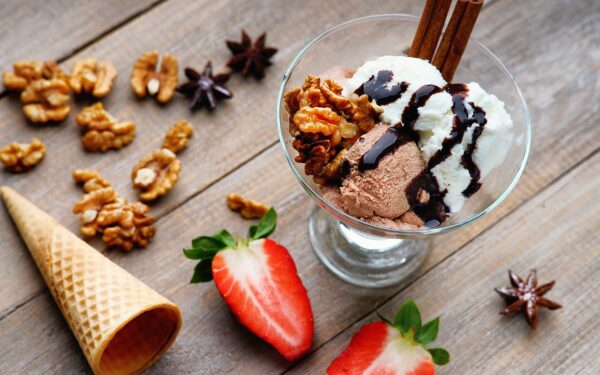 Ice cream’s high calorie, sugar, and fat content make it an undesirable dessert choice when you’re objective is to stay trim and toned. Using synthetic sugars like corn syrup as an ingredient makes it even worse.

Anyone associated with health and fitness will tell you that processed sugar—which is commonly used in ice creams—can be harmful. If you’re serious about maintaining a healthy look and feel, limit your intake of processed sugars and opt for more fresh fruits and vegetables instead.

Related article: 9 Post-Workout Foods That Will Fill You Up & Boost Your Gains 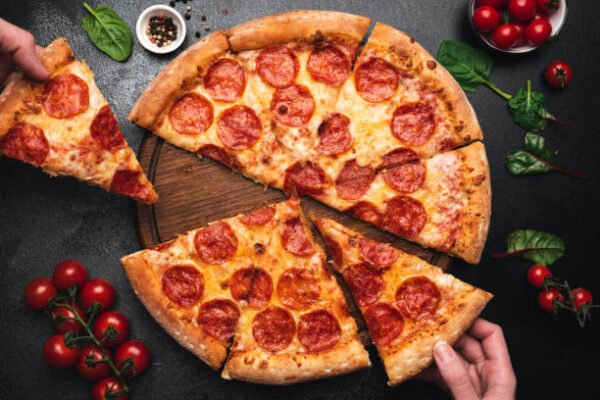 Pizza doesn’t look so unhealthy when you dissect its ingredients—tomatoes, cheese, flour, and yeast. So what’s the problem?

When you combine them and add saturated oil and salt to them, things change. Also, keep in mind that the average slice of pizza is about 250 calories. Adding toppings like meat can spike it up to as much as 390 calories [per slice]. 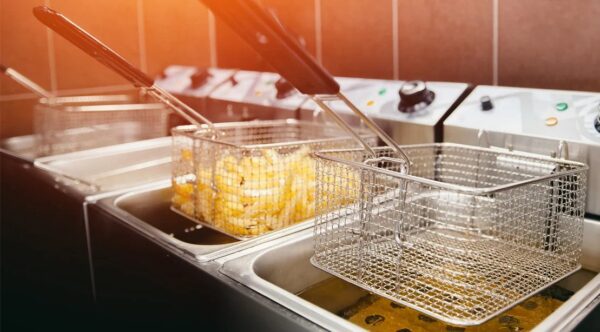 You can deep-fry everything from cheese to a Twinkie to a tarantula (seriously). Deep-frying foods might enhance the taste, but the added calories will also help erase your flat midsection.

These are what I like to call evil in disguise. Many of the oils used in the frying process are high in saturated fat. This particular kind of fat, if consumed for years without being moderated, can lead to things like heart attacks, strokes or diabetes.