How Effective Are Fat Burning Supplements

There’s no shortage of fat loss products that claim to have science on their side. You’ll see uncited studies mentioned, and the marketing hype of certain “proprietary blends” can intrigue even the harshest critic into wondering, “Maybe I should give this a try.” (I’ll admit it: Early in my career, even when skeptical I wanted to try fat burners.)

But here’s the catch: When it comes to research there’s a big difference between “statistically significant” and actually makes a difference.

Back in my research days, I used to spend my spare time picking apart the studies used by supplement companies. You know them as the claims as “Burns up to 3x as many calories per day.”

While many supplements companies are notorious for the aforementioned BS, oftentimes those claims were true. Only the real truth was “3x the calories” was oftentimes a difference between 5 and 15 calories. It’s a 3x amplifier, but not the type of realistic impact that will leave you looking shredded.

So the equation continued with any other potential additions, despite the fact that fat loss supplements alone are a multi-billion dollar industry.

We buy what we want to believe. We give in to the hope of instant gratification. And we continue to spend money on the last thing that will actually help us shed weight.

No pill, powder, or potion will strip you from body fat and have you look like a cover model.

When it comes to selecting a fat loss supplement remember this: None of them are magic. No pill, powder, or potion will strip you from body fat and have you look like a cover model. It just won’t happen. So go in with eyes wide open: these products are not designed to spark or create effective weight loss.

Instead, they are aids that might amplify what you are doing on the exercise and diet side. And don’t forget the part of the equation about consistency and patience; they still apply even when you spend a few extra £££ to achieve the body you want.

Caffeine has several potentially beneficial effects. It is not just a powerful stimulant, it is also a fat burner. When ingested, caffeine causes adrenaline and dopamine to be released, which improves mood, induces euphoria, and increases excitability. However, after prolonged supplementation, these effects fade and only the ability to ward off sleep remains.

Caffeine has two distinct effects that contribute to its fat burning properties. Caffeine consumption has a thermogenic effect, which means it increases heat production. Prolonged consumption of caffeine also has a lipolytic effect, meaning caffeine causes triglycerides to release fatty acids, which can then be used for fuel by the body.

Caffeine supplementation can also inhibit enzymes called phosphodiesterases(PDEs). Suppressing PDEs can increase levels of cyclic adenosine monophosphate (cAMP) in the body. Elevated cAMP levels are associated with lower triglyceride levels in fat cells, as well as improved protein synthesis in muscle cells. Moreover, if PDEs are inhibited, supplements that increase cAMP levels, like synephrine, might be even more effective at increasing heat production.

How to use it

To supplement caffeine for a prolonged period of time, take 100 – 200 mg twice a day, for a daily dose range of 200 – 400 mg. People not used to caffeine should start at the low end of the dosage range. But remember: using caffeine in the evening can disrupt sleep. 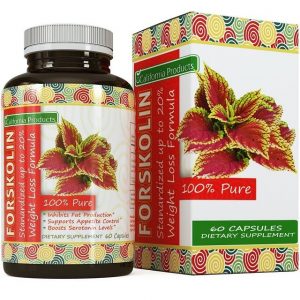 How to take it 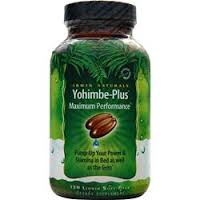 Yohimbine is a compound derived from the bark of the Pausinystalia yohimbe plant. Yohimbine supplementation makes body fat cells more susceptible to fat loss. Maybe most impressively, yohimbine is an effective fat burner for young and athletic people, which is uncommon for fat burners.

It is also said to help burn ‘stubborn fat’, like love handles, because the receptors it acts on are found in higher levels around the oblique muscles. Like the other supplements, more research is needed to actually confirm this effect.

Though it is effective, yohimbine cannot be used effectively for long periods of time. That’s because excessive yohimbine doses can cause elevated heart rate and anxiety. People with anxiety should be cautious when supplementing yohimbine, since even the regular dose can exacerbate pre-existing conditions.

Yohimbine can act as a powerful fat burner, but it must be used carefully, especially when combined with other stimulants. Yohimbine should not be used by people not accustomed to stimulants. Yohimbine is recommended for supplementation over the bark of Pausinystalia yohimbe itself, since the isolated compound has fewer side effects than the bark.

How to take it

Yohimbine is dosed differently depending on if it is supplemented by itself or as part of a stack. The typical yohimbine dosage range, as part of a stack, is 2.5 – 7.5 mg (250 – 750 mcg), taken twice a day for a total daily dose of 5 – 15 mg. It is strongly recommended to start at the low end of the range before supplementing higher doses.

Rauwolscine is a compound with a similar structure and function as yohimbine. Rauwolscine may provide the same effects as yohimbine and can be seen as an alternative, but it has only preliminary evidence for its effects and should be supplemented with caution.

Note: People with anxiety disorders should be especially careful when supplementing yohimbine, as it can exacerbate pre-existing symptoms of anxiety.