Define Your Delts With The Best Shoulder Exercises Devised

No two people work out exactly the same. Whether it’s choice and sequence of exercises, how many sets to complete of each move, how heavy to go and reps completed, length of rest periods, or advanced training techniques and finishing moves, each lifter has his or her own workout DNA.

Individuality can be a good thing, but certain principles make some routines better than others, especially for specific goals. So rather than present you with 9.5 million ways to train your delts—which would make this article slightly time-consuming to read—I’ve whittled it down to seven really great ones, each with a unique training goal.

Here are 10 proven ways to build bigger, denser, wider delts. Yes, from 10 through 1, each of these exercises can settle one very important question: Just what are you going to do next time shoulders roll around in your training split?

Exercises that specifically target the rear head of the deltoid muscle pop up three times on this list, and with good reason — the rear delts don’t tend to get much attention. But for shoulders that will fill out your T-shirts, you’re going to need rear delts that can keep pace with the meaty front and middle delts.

Those latter two get additional work during chest and shoulder presses, while the rears really need ample attention of their own to thrive. For that, the reverse flye comes to the rescue, adding a dimension of muscle control and balance that the more popular reverse pec-deck flye cannot match. 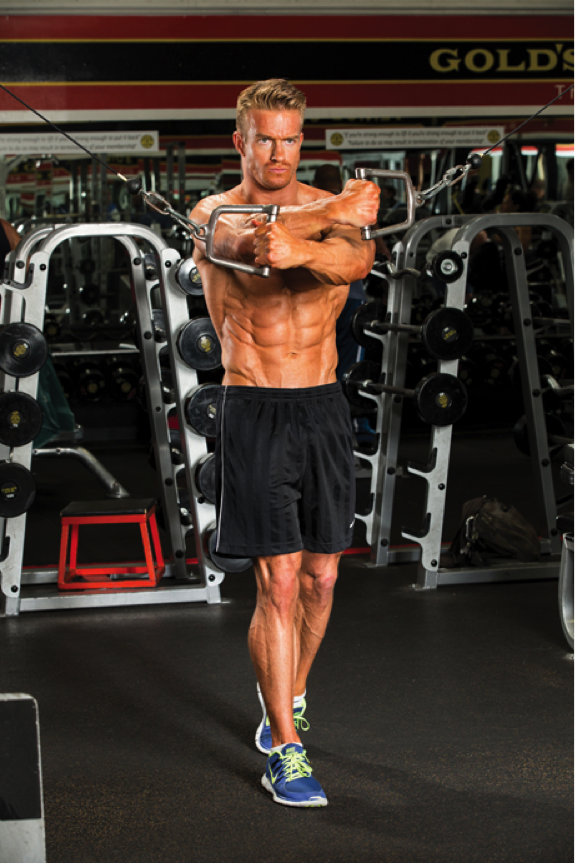 Strengths: Like all cable-based moves, the key attribute is continual tension on the muscles being worked. Unlike dumbbells, barbells and some machines, on which the tension eases at certain points of the range of motion because of gravity and inertia — with cables, the resistance is always counter-pulling, in this case meaning your rear delts never get a break as you rep. 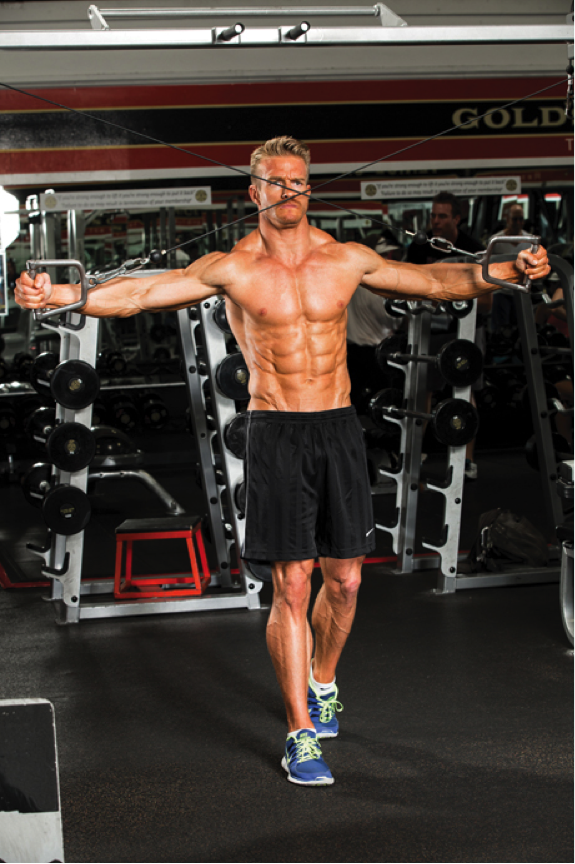 Some would argue that the one-arm bent-over lateral raise — allowing you to focus all your effort on one side at a time — is superior to the two-armed version. The unilateral version increases the ability to cheat, allowing you to rotate more at the waist when repping. Doing both arms at the same time cuts down on that kind of momentum, putting more pressure on your rear delts to carry the load. 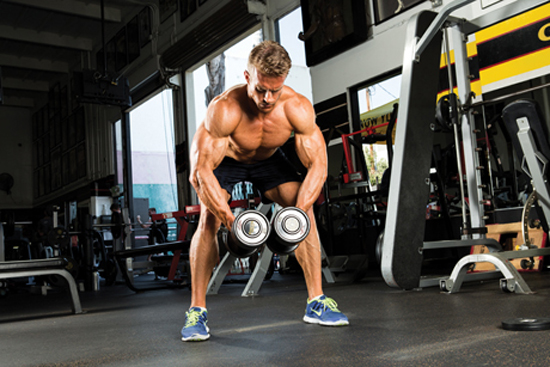 Strengths: The bent-over raise is versatile and can be performed either standing or seated at the end of a flat bench leaning over your knees. And the use of dumbbells means other muscles come into play for stabilisation — which may not mean a heck of a lot for your rear delts but does help create a more functional physique overall.

Related article: Add Serious Size To Your Shoulders With This Workout 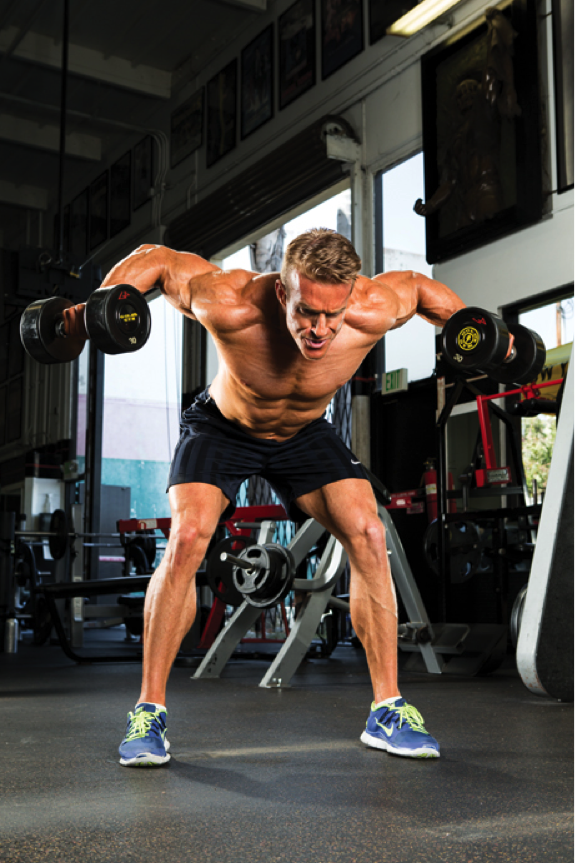 For those of you already fretting that this list has begun with three isolation movements instead of major compound exercises, take note — the shoulder is a smaller muscle group that benefits greatly from such targeted weaponry.

The thing is, presses tend to lean most heavily on the anterior (front) delt, leaving the side and rear heads slightly less stimulated. That’s not to say presses aren’t ideal in many ways (as you’ll see as you keep reading), but for complete shoulders, you also want to exhaust each head on its own. And when it comes to the middle delt, nothing beats a lateral raise. 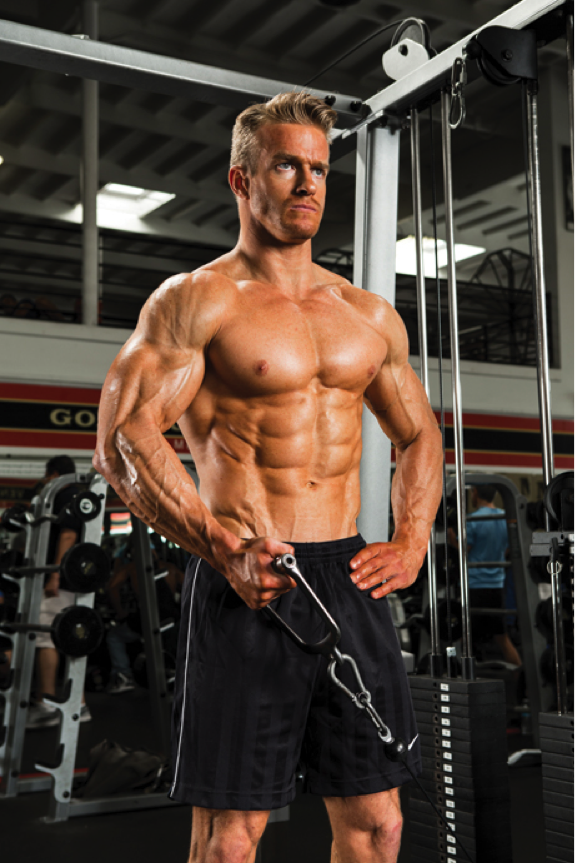 Strengths: Just like the cable reverse flye, the cable here offers constant tension, in this case right on the prominent middle delt that splits the centre of the deltoid muscle. The ease of switching between resistance via the pin on the weight stack also makes cable raises ideal for drop sets to failure.

For a different feel, you can try these with the cable running behind your back instead of across the front of your body. 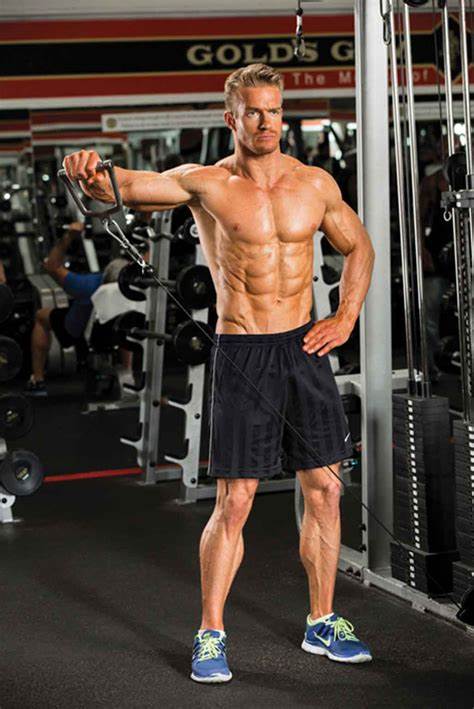 In the case of the cable front raise, you’ll call on the anterior delt to take on the load, benefiting again from that continuous tension the cable provides. One caveat: If your shoulder workout is heavy on presses, you’ll want to prioritise the lateral and rear-delt raises, but from a purely muscle-sculpting perspective, the cable raise to the front is brutally effective. 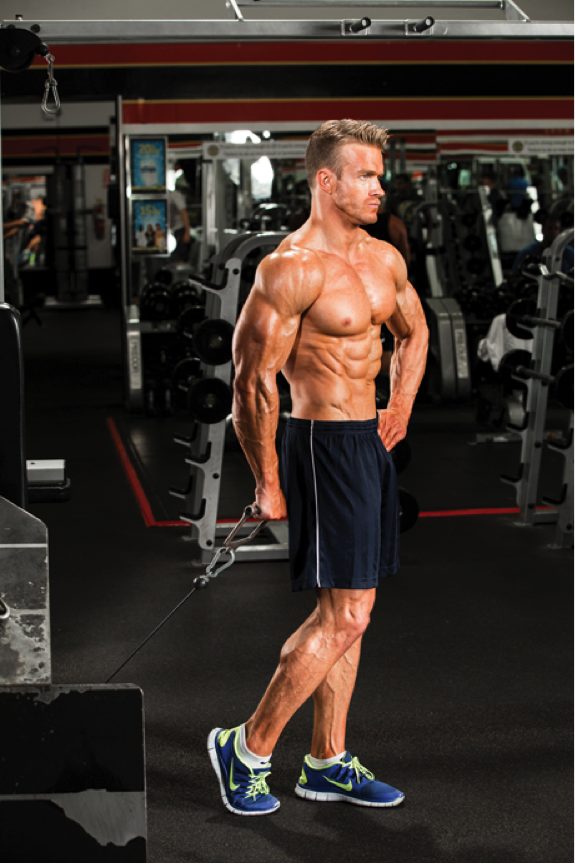 Strengths: The placement of the cable inside laterals across your body can cause some awkwardness because of the drag. That’s eliminated with front raises, which allow the cable to roam free during the range of motion. It’s a small benefit, sure, but it eliminates a minor distraction when repping. 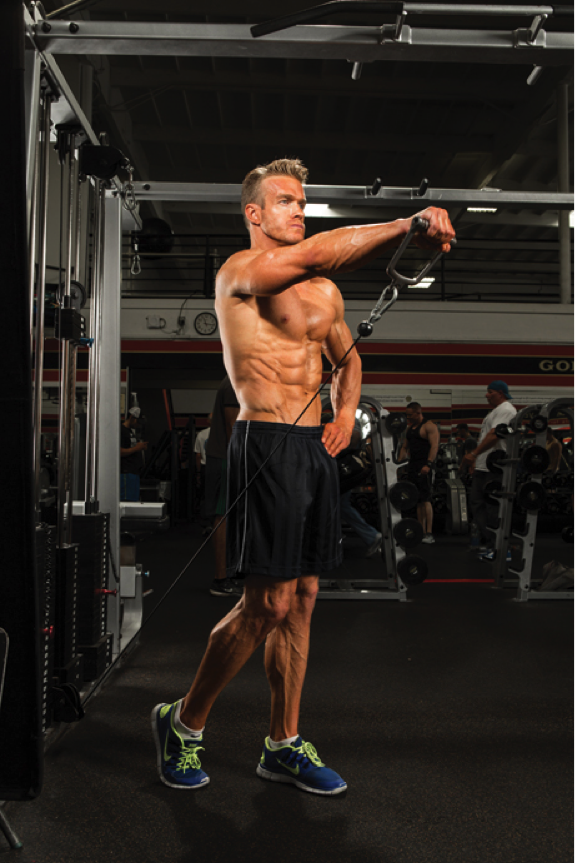 Heavy-compound-exercise fans — here you go. The push press is an absolute powerhouse, combining a heavy overhead action with just enough momentum to handle serious challenging loads. It makes an effective lead-off exercise for a mass-gain-focused shoulder workout, as long as you make sure to start light (with the naked bar, even) to get thoroughly warmed up. 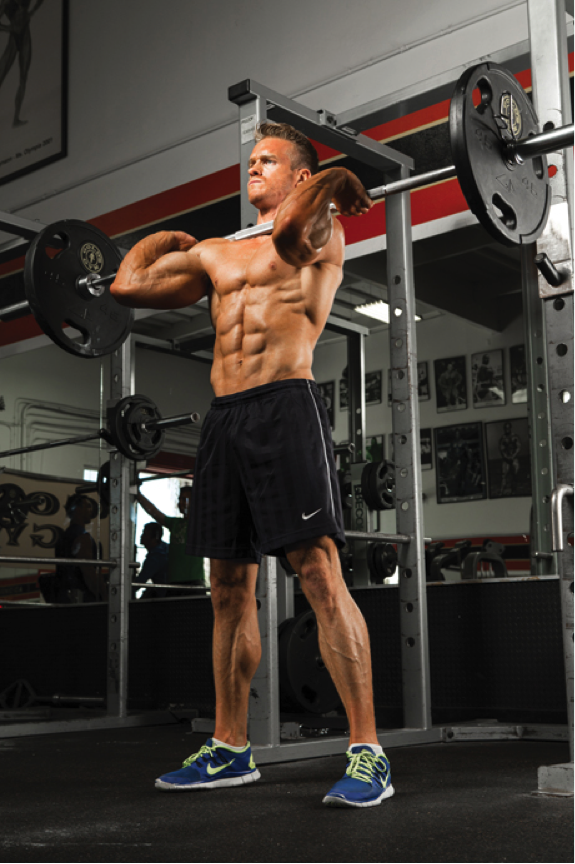 Strengths: The push press is a closed-kinetic-chain exercise, meaning the legs remain on the floor (a fixed surface). The motion calls on multiple muscle groups, from your legs to your shoulders to your arms, to work synergistic-ally, introducing functional components to what otherwise may be a very bodybuilding-centric workout routine.

In bodybuilding circles, you’ll come across your fair share of people who hate the Smith machine. Passionately so. To them, it represents a crime against weightlifting, taking a trusty barbell and putting it on a track. It’s like training wheels for the gym.

We agree in one sense — trading out all your free-weight barbell moves for the Smith versions would give you a less-effective workout overall. But then again, the Smith, when used judiciously, can help you gain strength, beat sticking points, learn body control in relative safety and, in the case of the upright row, even improve on the typical barbell version. 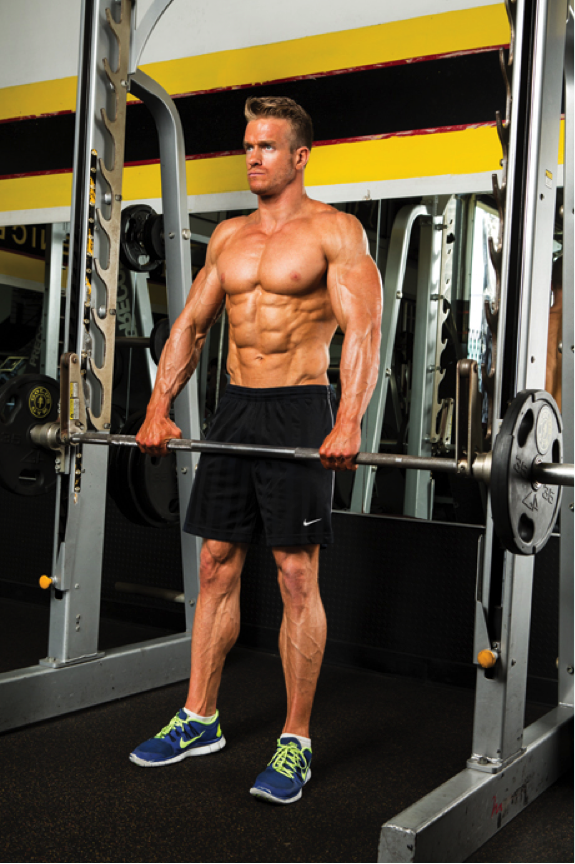 Strengths: The upright row is often thought of mostly as a middle-delt exercise, but the wide-grip row engages the rear delts to some extent, as well. While you may assume a barbell or dumbbell upright row might be preferable — free weights get all the love — using the Smith machine, in this case, helps reduce unwanted stress on the back and shoulder joints because the bar is a bit out in front of you instead of in contact with your torso.

Related article: When Is The Best Time To Train For Optimal Muscle Growth? 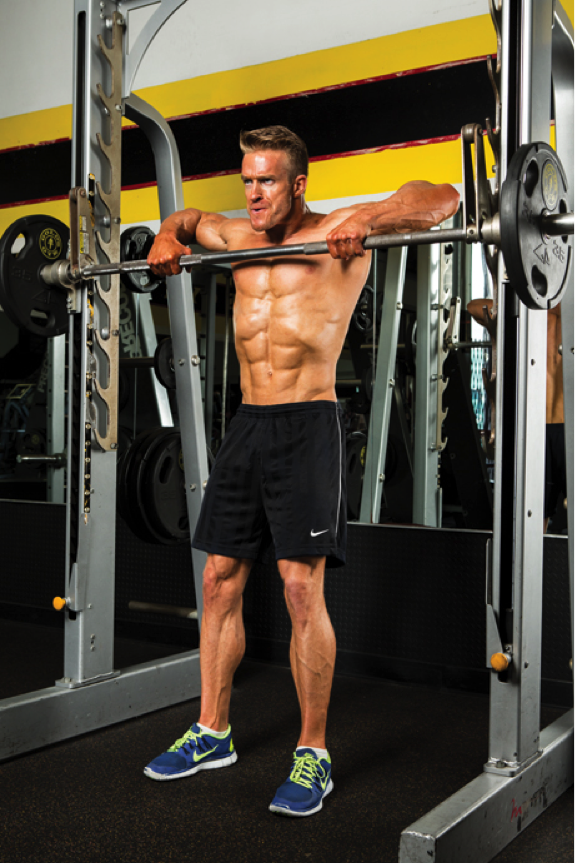 It sounds like an item on the to-do list of an aging Hollywood starlet, but the face pull in this case is actually for a different type of sculpting — creating pronounced, striated rear delts. Uniquely, it’s a multi-joint rear-delt exercise, setting it apart from other rear-delt-specific moves. 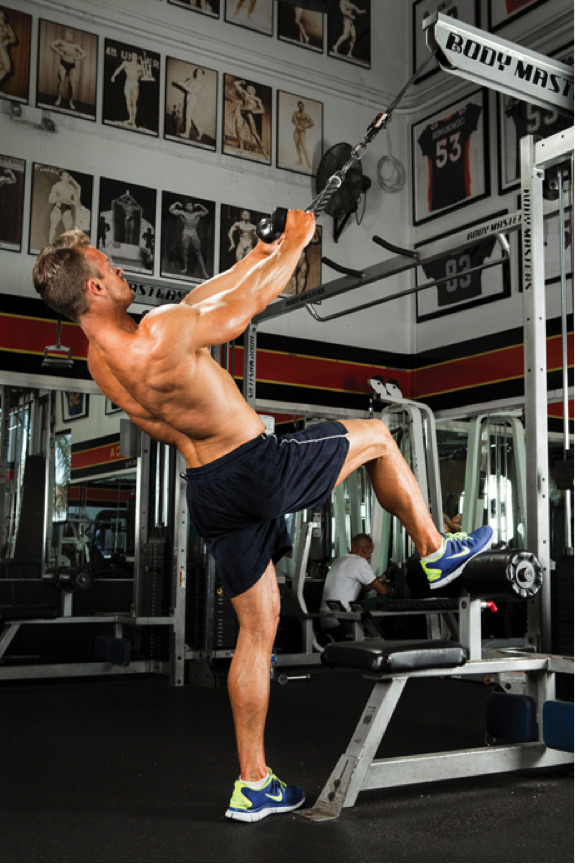 Strengths: The benefit of the face pull (and what makes it superior to traditional bent-over dumbbell and cable raises) is the fact that it calls the middle traps into play and incorporates some leverage, allowing you to handle more weight overall. This additional muscle overload leads directly to growth. 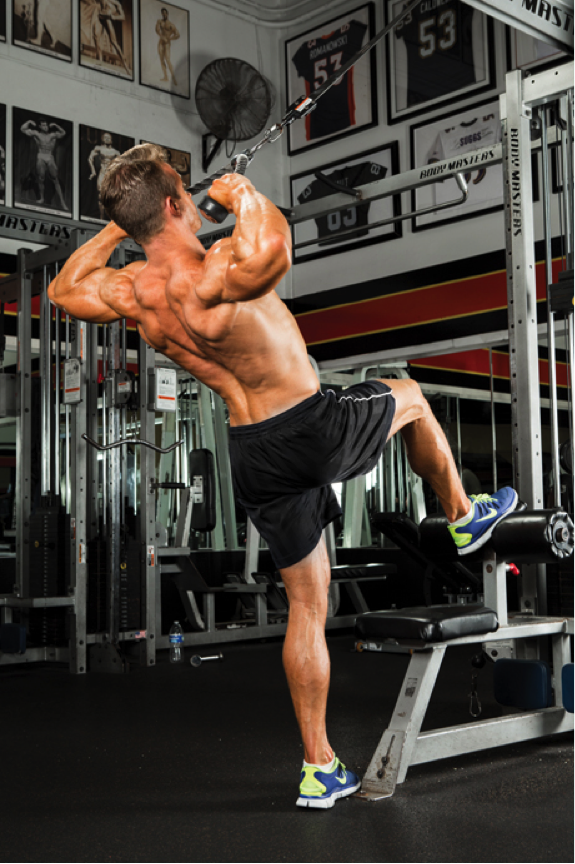 We could point out plenty of flaws in the dumbbell lateral raise. The level of resistance is uneven at various points of the range of motion, and there’s even a dead spot if you bring the weights down in front of your body to start each rep.

With some action at the hips, cheating via momentum is all too easy. And honestly, it’s one of the most abused exercises at the gym, with guys hoisting way too much weight in what is supposed to be a precise isolation exercise. That said, though, the lateral raise is still a must-do movement for wider, more impressive delts. You just need to focus on doing it right. 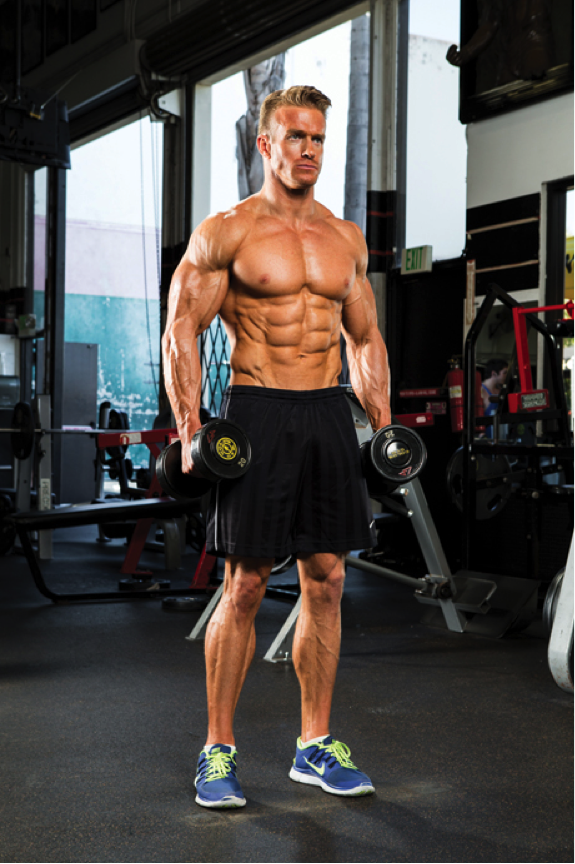 Strengths: We’ve listed its weaknesses, but don’t let those dissuade you. Lateral raises put an impressive amount of tension on the middle delts, even if you do end up cheating a little on your final few reps approaching muscle failure.

That’s because they attack the target muscle in exactly the way they’re intended to function, bringing your arms upward and out, away from your body. By adjusting your grip just a little, angling so your thumb side is a little lower than your pinkie side (as if you were pouring water out of a jug), you engage the middle head even more. 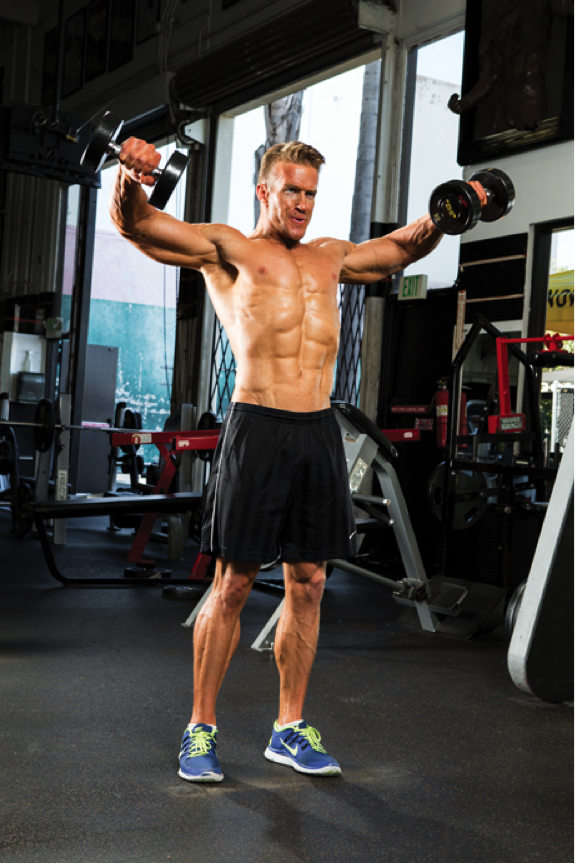 If you dream of having huge, barn-door shoulders and you haven’t tried a barbell press, here’s a reality check: You ain’t trying hard enough. This press isn’t for sissies — it’s challenging, somewhat uncomfortable and in all ways a high-intensity activity. That said, it’s also one of the best, most efficient ways to get from Point A to Point B in your deltoid development. 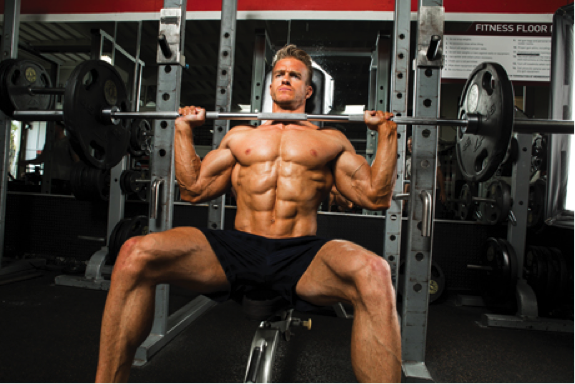 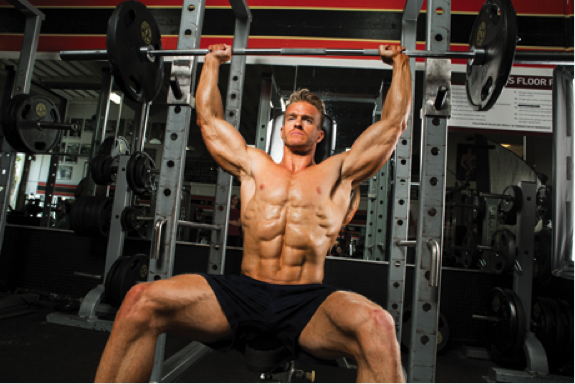 The dumbbell shoulder press beats out the barbell version, but only by a nose. Either one can anchor a complete deltoid routine, and ideally, they would be rotated regularly with one another over the course of weeks or months, according to Hooper.

That said, the dumbbell press allows the arms to flare out a little more to your sides, which targets the middle delts — and when it comes to width, mass and overall roundness (think “cannonball”), the middle delts are the most important of the three heads.

Meanwhile, the barbell press relies more on the front delt, which is also important but is usually already thicker in most guys, thanks to heavy incline bench pressing. 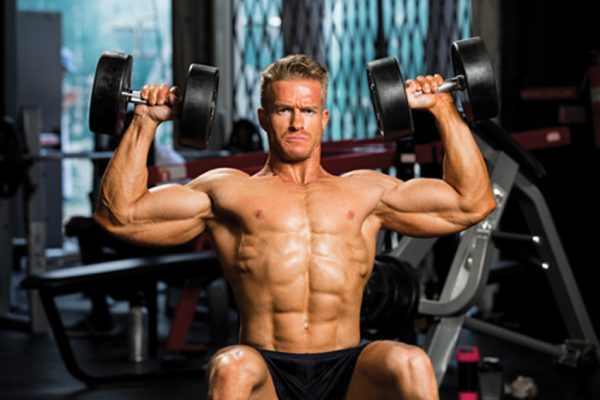 Strengths: While you can’t handle the same loads as you can with a barbell, the dumbbell press offers additional benefits. The seated dumbbell press would require a little more coordination, and having two separate dumbbells always prevents any strength imbalances.

For example, in a machine, you can push more with one side than the other [to lift the weight]. You can’t do that with dumbbells; you have to complete each motion exclusively.

Related article: 6 Exercises in 2 Supersets For Bigger and Stronger Triceps And Biceps 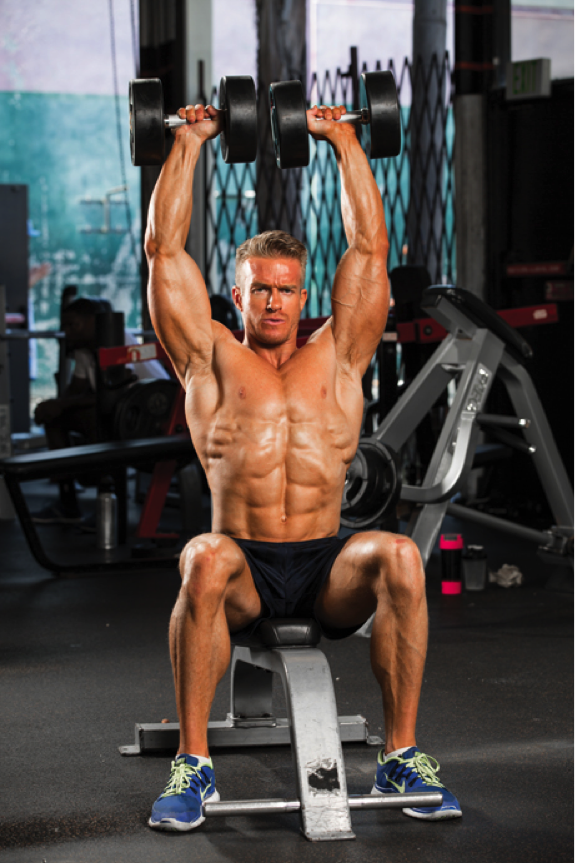