The Cuban Press – also referred to as the Muscle Snatch – is often used as an advanced movement for training the external rotator muscles. It is employed to train the infraspinatus and teres minor, to improve those muscles’ ability to contract at high speeds to stabilise the head of the humerus – the upper arm bone – during throwing movements such as javelin, shot put, pitching, etc. It is the pathway that a barbell takes when performing the upper body portion of the power snatch. 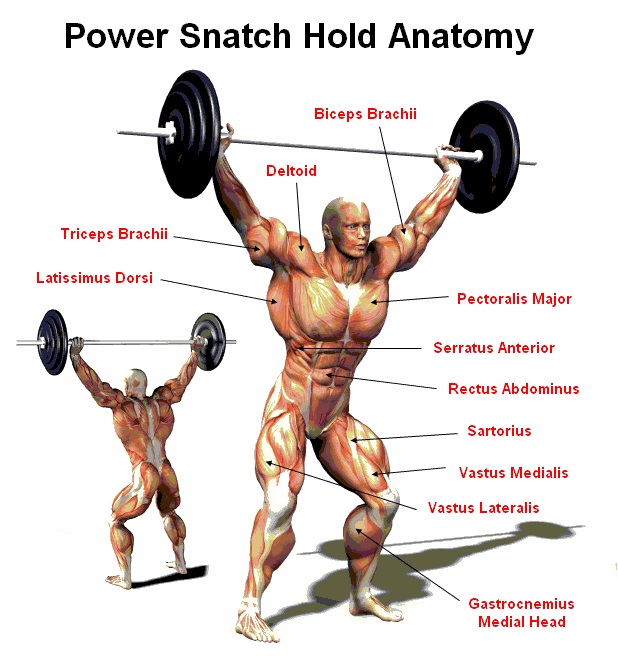 The Cuban Press is a hard exercise, but it’s fun, and it happens to make your shoulders look awesome. It is also an outstanding introduction to performing overhead work, since the strength of the external rotators is usually the limiting factor in performing shoulder presses properly.

Overhead pressing strength is directly correlated with shoulder girdle health, and is responsible for 10% of vertical jump capability, as well as successful explosive starts from 3-point or 4-point stances, and starts from blocks. Lastly, from an endurance component, overhead strength potentiates the forward drive of arm swing in running when the legs become fatigued.

To learn to perform the Cuban Press, it is best to have a 15-lb Olympic barbell available. This bar is also referred to as a technique bar, or sometimes a ladies bar. It is guaranteed to increase blood pressure as well as maximal effort.

If a technique bar is not available in your gym, I recommend using body bars until you build enough strength to use a full size Olympic barbell. I also recommend that you start with the pink one.