Use tyres to improve your posture, develop functional strength and build massive biceps!

There are, however, some things you can do that will give you the benefits of both. Flipping tyres, for example, will develop athletic prowess. It’s a full-body stimulate. There isn’t a single muscle this exercise won’t recruit and strengthen – including your stabilising muscles – in a way that traditional barbell and dumbbell movements can’t.

And it’s that uninhibited triple extension, where you simultaneously extend at the ankles, knees and hips, that makes flips so effective. It’s a movement that every athlete does but one you rarely see in high street gyms.

The glory comes once the initial momentum has been created by the powerful triple extension drive. You initiate the movement with straight arms but once the tyre reaches a certain height, you contract your biceps to continue the flip. That’s where the gains come in.

Of course, it’s not just flips that tyres are good for. Try this whole-body circuit to freshen up your gym programme and torch fat fast. Do the exercises in order, following the work and rest periods indicated, then rest for two minutes between rounds. Complete four rounds in total.

You’ve nailed it when… You’re moving powerfully into triple extension, where you simultaneously extend at the ankle, knee and hip joints. Focus on thrusting your hips through powerfully and explosively. This move is all about intensity so put 100% effort into each flip. 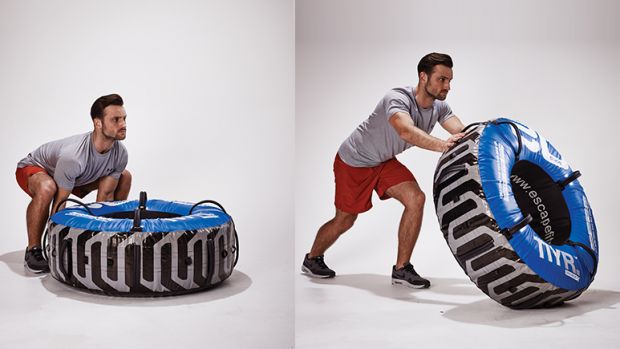 You’ve nailed it when… You control the deceleration. Because this is a jumping exercise, you may think that you’re supposed to put all your effort and concentration into how you take off. In reality, that’s the easy bit. The more demanding part of the move is controlling the landing phase and ensuring that you absorb the impact, rather than jarring your joints. 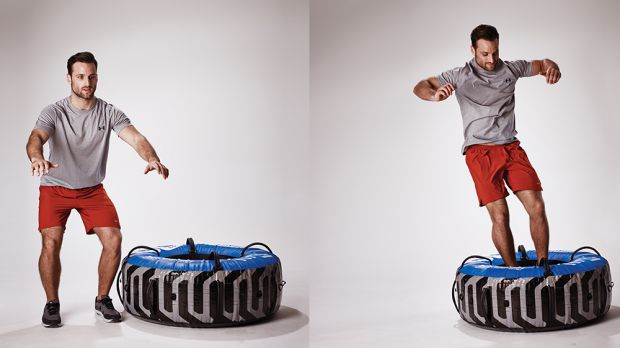 You’ve nailed it when… You’re controlling the downward phase of the exercise and keeping your elbows close to the sides of your body throughout the move. If they flare out, it’ll put strain on your elbow joints. 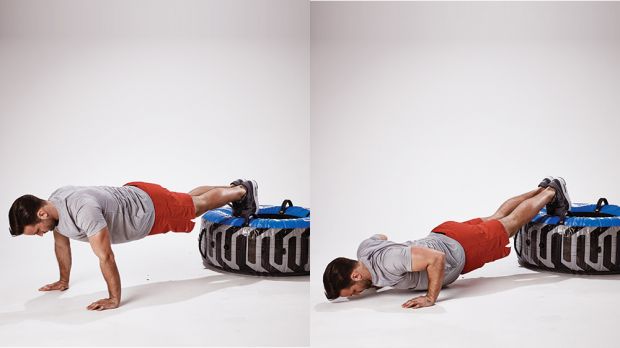 You’ve nailed it when… You’re going as fast as you can. The actual speed is largely irrelevant – what matters is that you’re trying to go as quickly as you can. You’ll have to experiment with stride length to find out what’s optimal, but generally avoid either over striding or using tiny steps. 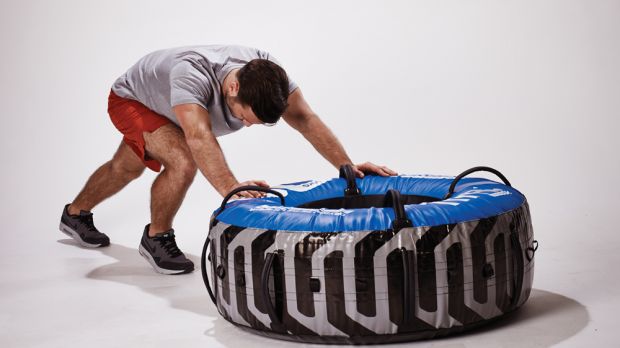 You’ve nailed it when… You’re jumping explosively. That means no half-hearted jumps. You should aim to jump as high as possible in each rep to activate as many muscle fibres as you can. 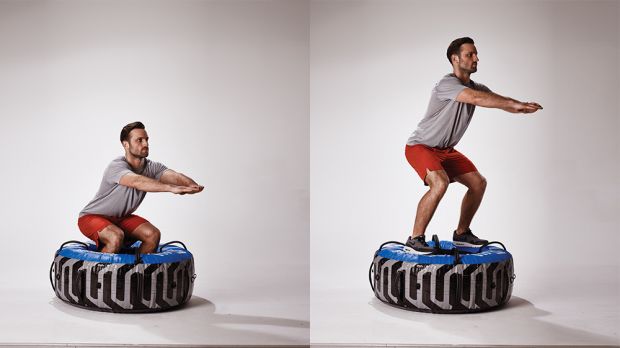 You’ve nailed it when… You’re staying in the game. This is a really physically demanding exercise because it involves such a big movement, so it’s as much a test of your mental strength as it is of your physical prowess. Grit your teeth, get moving and know that you can rest for a couple of minutes when you’re done. 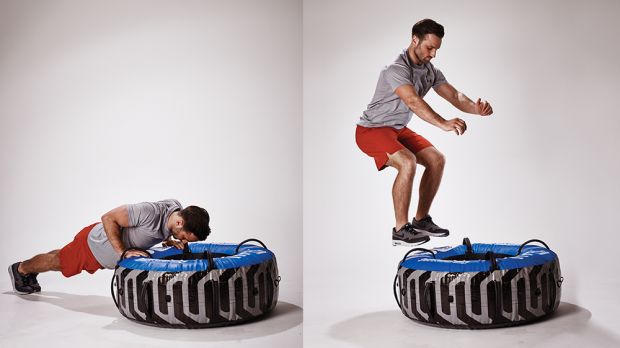