If you want to make significant muscular gains continuously, you will need to put some carbohydrates in your diet. The thought of the word carbs will automatically relate us to the fear of fat. But this isn’t the case! Before we go into ketogenic despair, never eat carbs again for fear that it will turn to adipose tissue upon ingestion or give up bodybuilding.

You need insulin release during mass season. It’s an anabolic hormone and also anti-catabolic. Use both these properties and you have an awesome solution for muscle gain. Keeping carbs high all the time will result in massive fat gain. But if you consume too few carbs and you won’t optimise lean gains.

For those with less-than-stellar insulin sensitivity, carbohydrates must be used judiciously. The dietary approaches below are based on an assumption that you’re relatively lean to begin with. If you’re still on the softer side, prioritise fat loss before using one of these approaches.

Related article: The 25 Best Exercises for Men and Women To Build Muscle

This approach works for those who train in the late afternoon or evening. It’s similar to the above method, but keeps carbs to post-workout and the hours following. If you eat three meals after training, add carbs to all three meals. 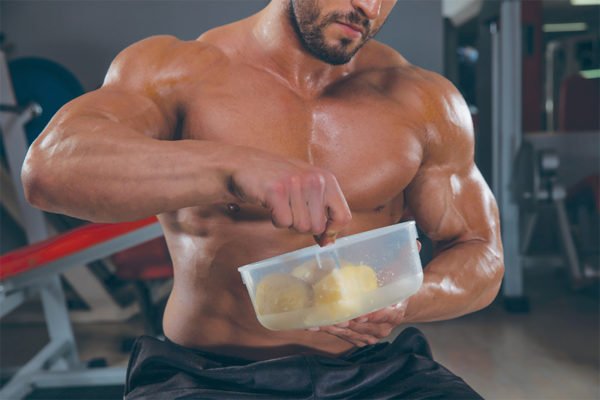 Starting values would be the same as the approach above, but the carbs would be limited to only the post-workout meals. For example, if you have 200 grams of carbs total for the day, add 65g to each of the three meals following your workout.

The Modified Carb Back-Loading Approach allows fat to be used as the primary fuel source up to and throughout the workout.

With this, you have protein, fat and carbohydrate at most of the meals, the exception being post-workout where you omit fat and the last meal where you omit carbs. All other meals will include all three macronutrients with an emphasis on protein and fat and a low amount of carbs. 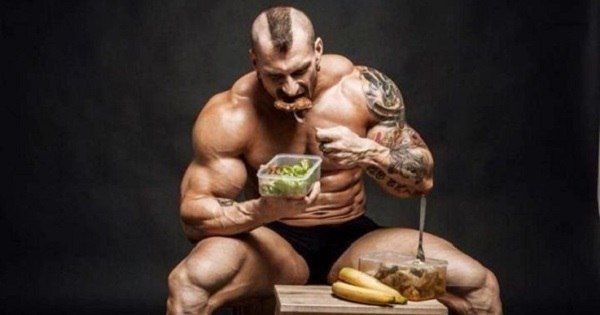 Combining all three macros you get a much slower, steady release from the carbohydrate, keeping insulin levels controlled. Fat is omitted post-workout when you want a faster digestion and carbs are omitted in the last meal of the day because there’s no need for an energy source.

Starting values for this approach would be similar to above: 1.5 to 1.75g protein per pound of Lean body mass, 0.5 to .75g fat per pound of LBM and 0.75 to 1g carbohydrate per pound of LBM. A male with 200 pounds of LBM eating six meals per day could have a setup like this:

This approach can be modified by adding or subtracting carbs, depending on your individual response and needs.

Related article: Reduce Back Pain With These 1 Minute Stretching Exercises

Using one of these approaches leaves you feeling a bit depleted after a week or so. Instead of increasing carbs on a daily basis, implement a weekly refeed– usually either a high-carb day or just a high-carb meal, designed to fully replenish glycogen stores and give the metabolism a boost. 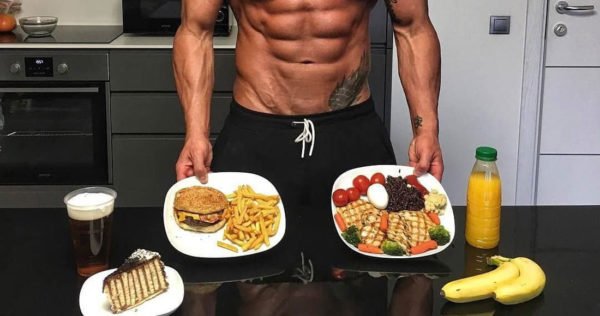 Use healthy, whole, bodybuilding foods for these diets, such as the following:

Refeeds used improperly can be a great way to pack on fat. Monitor whether they’re having a positive or negative effect on your physique and training. Carbs can contribute greatly to anabolism (muscle-building) and anti-catabolism (prevention of muscle breakdown) but they can also inhibit fat burning and increase fat storage.